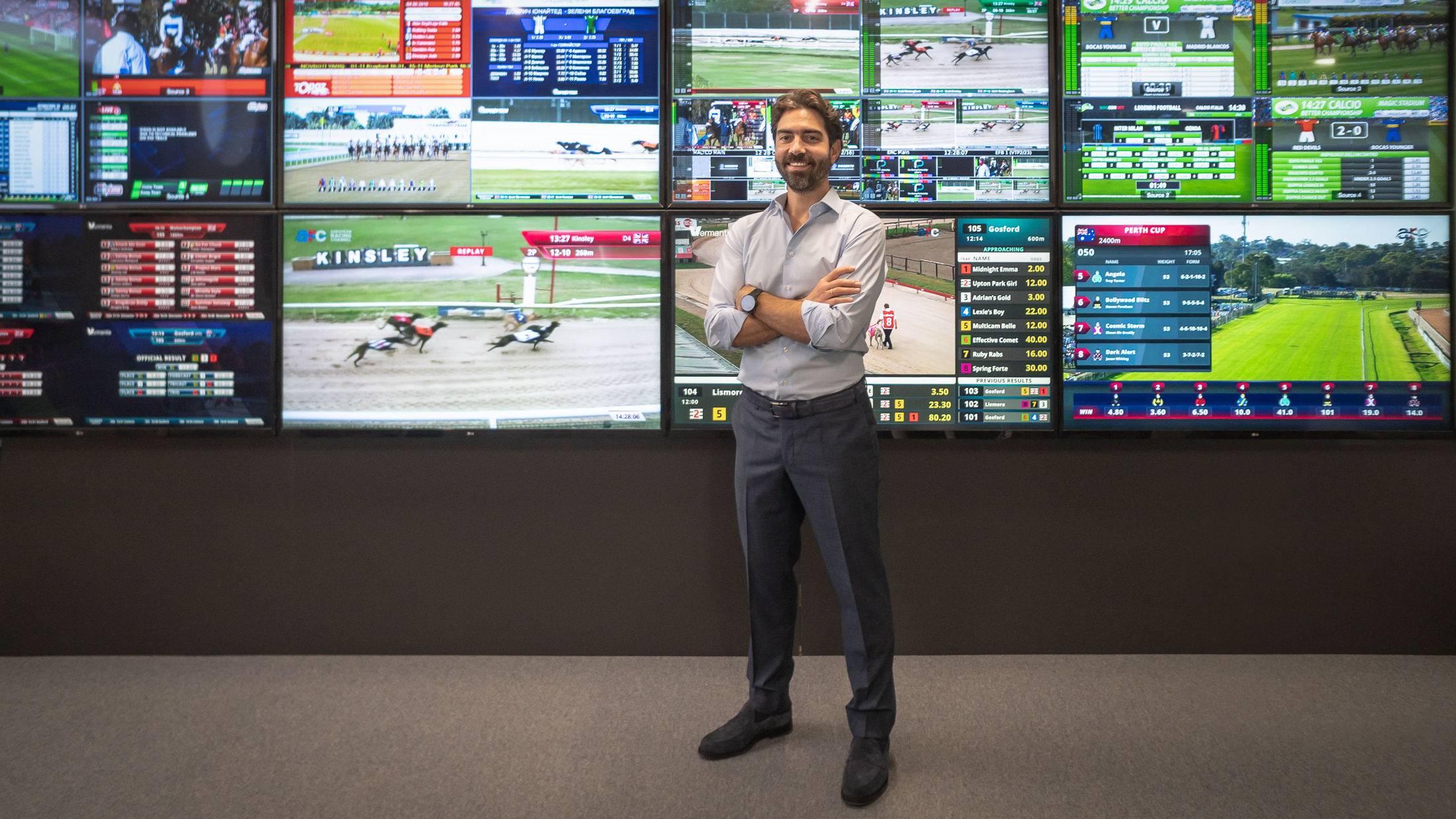 Sweet streams: How sports betting can capitalise on the rise of OTT broadcasts

Our CEO, Filippos Antonopoulos participated in a roundtable along with other senior industry figures at EGR Technology, which explores the world of streaming in sports betting or where it is headed next.

In a world where 20% of TV consumption in the US is via over-the-top (OTT) streaming services and major sports entities, such as the Premier League, float the idea of a direct-to-consumer (D2C) ‘Netflix-style’ product, the onus is on the gambling sector to tap into this consistently growing vertical.

While live casino innovations continue to regularly crop up, live sports betting offerings find themselves at a crossroads of when and how to penetrate the market.

One only has to look at the backlash bet365 and others received in early January 2020 over the decision to exclusively broadcast English FA Cup matches on their platforms. Obviously, the furore regarding gambling’s relationship with football caused this storm to rage with a deeper passion, but the tentative steps in which operators may now take with trepidation are as a direct result of this.

However, the market is an exciting and enticing one, on both profitability and technological standpoints. And, in simple supply and demand economics, Vermantia CEO Filippos Antonopoulos believes that streaming is a paramount addition to sports betting offerings.

“Without a doubt, I think by now we are talking about a consumer habit that far transcends betting itself,” Antonopoulos tells EGR Technology from his office in Athens.

His firm, Vermantia, supplies live streams to shops and customers across the world, and he is well-placed to highlight the relevance of the vertical. He adds: “I’ll be with friends or family and there will be a good game on, everyone will log onto their betting account and watch the game on their mobile device.

“It is something that is part of society now and not just if you are a betting fan but if you are a sports fan, you will use OTT.”

Tony Evans, VP of product strategy at Playtech, also points out that demand will drive streaming, much like other new verticals in the gambling industry.

Speaking to EGR Technology at Playtech’s London headquarters, Evans explains how in the modern era, sports streaming is a standard part of betting products. “I see it as a rudimentary addition to the wider sports offering. I understand the wider media perception of the topic but on a product level, it is part of our product offering.

“I think that it is down to customer demand. I believe customers want to be able to view games as they may bet on them,” he adds.

As both Antonopoulos and Evans note, streaming is one of the fastest growing forms of consumption. Before most satellite broadcasts of sporting events, viewers are reminded they can watch the action ‘on the go’ and ‘on mobile’ – but watch is the operative word here.

The seamless combination of live betting platforms with live streamed content is at face value a simple proposition. Scratch the surface and the intricacies begin to reveal themselves.

Chris Wood, CTO of Spicy Mango, a technology consultancy and solutions firm, highlights the impact of lag, usually a minor inconvenience to casual streamers, but what could be a manifestly disastrous caveat for bettors.

“What has always been a stumbling block is the delay that often comes with OTT streaming services, often 15-20 seconds,” Wood says.

Betting merely muddies the already tinged waters of delayed broadcast, with Wood adding that by combining the two “the challenge only increases”.

He continues: “If a viewer places a bet on the outcome of the match while watching on an OTT service, the delay could be the difference between the viewer cashing their bet in or upping the stakes. That delay, however, could mean that a viewer’s decision to cash out loses them money if the state of play had changed in the 15-second delay.”

Conversely, and expectantly, suppliers and operators tend to dispute the impact of lag, instead ensuring their customers’ experience will not be impacted by technological mishaps.

Mateusz Juroszek, CEO of Polish bookmaker STS, says that even though “live betting is inextricably linked to technology”, customers can take solace in the fact that broadcasts will be of the same quality and consistency of traditional satellite broadcasts.

“We are always on the lookout for the best solutions. We cooperate with suppliers who not only care about the highest quality of broadcasts but also work on improving the technology behind them,” Juroszek adds.

STS relies on partnerships with IMG, Perform and Betradar to provide over 5,000 live events a month to its customers, which can be accessed across desktop and mobile devices. It is a USP upon which a lot of pressure and expectation rests. A small chink in the chain of broadcast could render the whole operation defunct, with unhappy consumers and a wider industry dejection of the vertical.

Vermantia, via its CONNECT platform, allows for both satellite and ultra-low latency streaming, and Antonopoulos explains how research and a constant strive to learn ensures that ultra-low it remains.

“We have almost 13 years of aggregated R&D around broadcast and low latency and over-the-top streaming is part of that evolution,” he says.

Antonopoulos also says that Vermantia is “natively omni-channel” and that content can be transferred via satellite dish and via streaming over fibre connections. “The service is the same and the data on that service is synchronised on the back-end system, regardless of how the shop receives the video signal, and that is pretty significant,” he remarks.

Slovenian philosopher Slavoj Žižek once said: “On today’s market, we find a whole series of products deprived of their malignant property: Coffee without caffeine, cream without fat, beer without alcohol… the list goes on.”

In this vein we find the notion of virtual sports, the never-ending constant swash of shapes and colours purporting to be tangible sport with tangible results. A cynical approach, perhaps, but no dose of cynicism would seem to stop the rampant rise of the industry.

Antonopoulos believes virtuals are the key to the future of streaming and offer something traditional sports fail to do.

“Virtuals operate very naturally as a complete and continuous streaming service. We have scheduled virtuals whereby the players know that there is a lot of content that every three minutes there will be another race. If you stack many virtual games, you could even reduce that to every 10-15 seconds,” he explains.

The benefits with virtuals, in contrast to live action, are evident. Lack of lag, 24/7 content, rapid restarts and constantly improving graphics make them an enticing product.

Esports represents another growing vertical in the world of streaming and Wood explains how streaming providers need to be on top of their game to tap into it. “Esports betting reached $560m in revenue in 2019, and the growth won’t stop there.

“To keep the user experience intact, and to ensure OTT services don’t stop the viewer getting the most out of their bets, these providers need to consider how technology can best be used to reduce the lag and provide the same betting experience offered by broadcast,” he says.

Juroszek is aware of the potential of the market and points out how STS is approaching its esports strategy. “We are increasingly developing our offer addressed to esports fans, broadcasting more and more events and entering sponsorship deals with esports teams and players,” he says.

The growth and commonality of streaming creates questions over what the future holds. For Juroszek, the future is an amalgamation of traditional broadcasters and the betting firms. A partnership with a Sky or BT Sport to offer betting solutions for the British brands’ streaming services is something that piques his interest.

“Such a solution may be an interesting prospect for the future development of OTT products. I see a lot of room for cooperation in this area, which could bring many benefits for both the bookmaking and television industries,” he continues.

Antonopoulos also wants to see a link-up with a major broadcaster in the future as he feels that the betting industry can offer a “specialised” layer to mainstream sports broadcasting.

He says: “I would like to see us strike a couple of agreements with broadcasters because now our software technologies, the way we aggregate data, the in-play data, the statistics, the betting laws and the way that we overlay those on our broadcast signal, it is something that we are very specialised in.

“It is something that I can see TV broadcasters coming to us to receive that solution.”

Despite the praise for technological advancement and eye-widening potential partnerships with major broadcasters, the aftermath from the bet365 debacle in January is a spectre that hangs over the industry.

Responsible gambling, of course, is the hot topic on everyone’s mind with headwinds across Europe and regulation threatening to choke out the industry.

The stick(s) with which to hit gambling in the fallout of FA Cup-gate were the bet-to-view issue and the exclusivity of the content. By ‘forcing’ customers to create an account and deposit cash to access the stream and only offering that fixture on betting platforms, led one MP to label the move “distasteful, naïve and a long way from what good governance of the sport looks like”.

For Antonopoulos, exclusivity does not make sense on an ethical nor economical level. “[Thinking as a sports federation] I cannot think of a business model where the maximisation of the footprint and reach of my sports product is maximised if I were to lock these rights with only betting operators,” he suggests.

“It is impossible to build a correct business plan as a sports federation if you don’t carve out betting rights and make sure they are pristinely provided to the betting operators to stream. Therefore, fans will always be able to enjoy their sport outside of any betting environment, ensuring responsible gaming.”

The slight issue with Antonopoulos’ reasoning here is that regularly it is content that no other broadcaster has access to – either through choice or lack of demand from customers.

Thus, niche broadcasters such as betting firms can take on less fancied content packages and broadcast it. Critics may argue that if the big boys don’t fancy the rights then who is going to even watch it on a betting site? One shouldn’t underestimate the pull of sport and the fanfare behind even the least premier of leagues. And from here, the regular tropes of slippery slopes unravel themselves and suddenly streaming looks a daunting quagmire through which to wade.

Juroszek points to the industry’s wider action on responsible gambling and avoids specifying policy on streaming. He notes: “While following new technologies, the bookmaking industry takes care to stay compliant and decides to implement only such solutions that are compatible with this idea.

“At STS, we have provided several tools, such as the ability to set financial limits on their accounts, which help users to enjoy responsible betting sessions.”

While there may be deposit limits in place and various other responsibility jargon floating in the ether, it is fundamental to ask if the industry has a duty to look at the streaming issue and pose the question of just because we can, does it mean we should?

Get our news
straight to your inbox
This site uses cookies essential for its efficient functionality. By using our site, you accept the terms of our site policy. Find out more.
I ACCEPT
I DO NOT ACCEPT